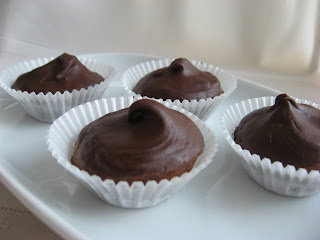 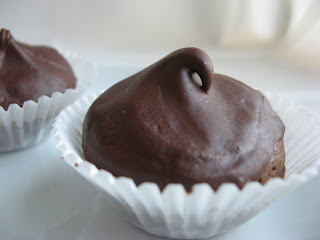 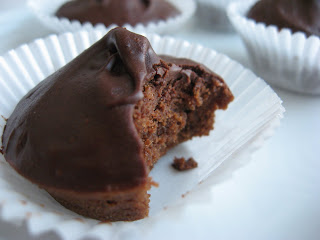 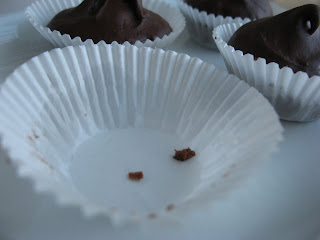 This week's TWD post* (thanks to Jayma of Two Scientists Experimenting in the Kitchen for her pick of Brownie Buttons; the recipe is on her blog) is brought to you by the number 24 and the letters O and K--I love Dorie's concept of making bite-sized brownies in mini muffin tins (though I thought it was weird that the recipe made 16, so I adjusted the ingredients and made 2 dozen), but next time I will try a different brownie recipe, since these weren't particularly outstanding even though I topped them with the glaze from the Chocolate-Chocolate Cupcakes and was careful not to over-bake them (though that didn't stop Brianna and Gillian from devouring them).
*See here for more info
Posted by Di at 12:01 AM