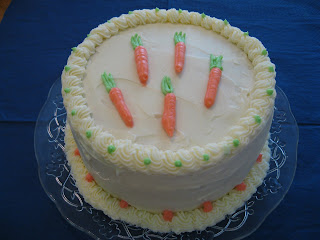 I've really been enjoying playing around with the Tuesdays with Dorie recipes. Most of them are things I really want to try, but the quantities are just too much for us to eat. Okay, we probably could finish them off, but I'm not sure it would be a good idea. And the people I work with won't thank me if I make them all gain lots of weight. =) Over the past few weeks, I've decided that I like making things in miniature. This week was the first time since I started making smaller versions that the recipe was for a cake. Thanks to Amanda of Slow Like Honey, this week's offering is Bill's Big Carrot Cake. Of course, I used this as an excuse to go buy myself a couple of cute 6" round cake pans.  =) 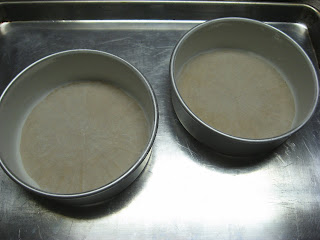 Even after my purchase of the new pans, I wasn't sure if I was going to make the cake. I like carrot cake, but I don't love it. And I've had a rough few days--I keep thinking about my mom (yesterday was one month since she died). And while I'm glad I made something for A Taste of Yellow, it brought up lots of memories. I'm usually okay with that since so much time has passed, but I've been a lot more emotional lately. And of course my daughters manage to pick up on that and act up in various ways, making it that much worse.
But last night I decided, "What the heck, I'll do it.  I have Tuesday off this week, so it doesn't matter if I stay up late."  And the funny thing was that once I got started mixing, I started to feel better.  Since I was using my new pans, I only made one-third of the batter. Fortunately, most of the ingredients were easy to divide that way (and for the egg, I just beat a second egg a bit and measured out what looked like about a third of it).  Jamie and I both despise coconut (my children will never taste it unless they get it somewhere outside this house), so I left it out and instead just left in the original amount of raisins.  I also did something a bit different with the carrots.  My favorite carrot cake recipe from Fine Cooking uses finely chopped carrots (pulsed in the food processor with the metal blade--really easy) instead of shredded ones.  I like how they blend more evenly into the cake batter that way.  And I already had some finely chopped pecans in my freezer (rather than coarsely chopped ones), so in they went.  Since I was making a small amount of batter, I also skipped the stand mixer and mixed the batter with a whisk and a spatula. 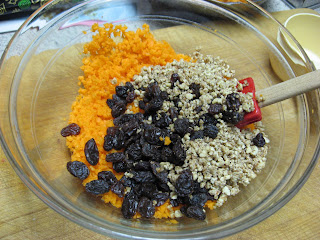 My cake layers took about 30 minutes to bake.  Once they were done, I let them rest in the pans for 5 minutes and then turned them out onto racks to cool.  I always line my cake pans with parchment (even when the recipe doesn't say to), so they came out of the pans with no problems.  At that point it was almost midnight, so I figured they would be fine overnight and went to bed.
On to the decorating...  I didn't use Dorie's recipe, though the one I used is close.  It just has a lot less sugar, since I don't like really sweet frosting.  I also flavored mine with vanilla rather than lemon.  I decided to cut each of my layers in half so I would have four layers in my cake.  I like piping (even though I don't think I'm that good at it), so I planned to frost the sides as well as the top (unlike in the book) and add a border of some sort.  As I was falling asleep, it occurred to me that the cake would look cute with carrots piped on top (Mary had the same idea--very cute).  I made half a recipe of frosting, and tinted a little bit of it green and orange. However, by the time I finished filling the layers and frosting the sides and top of the cake, I didn't have anything left to pipe with.  So I made a bit more--have you ever tried to make a small amount of something in a stand mixer?  =)  It's not easy--I should have just pulled out my hand mixer, but by the time I realized that, I was pretty much done.  In the recipe below, I've listed the total amounts for everything I used.
I really like how the whole thing turned out.  And it's quite tasty, too.  I usually make carrot cake with currants rather than raisins; I liked the flavor of the raisins in this, but their size made the cake a bit harder to cut neatly. 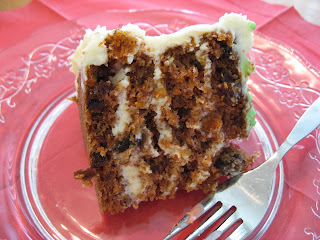 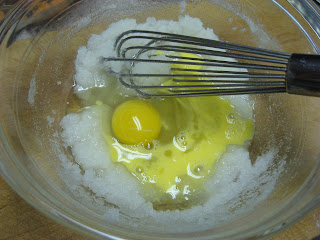 Getting ready:
Center a rack in the oven and preheat the oven to 325 degrees Fahrenheit. Grease two 6-x-2-inch round cake pans. Line the pans with parchment and grease the parchment. Then flour the insides, and tap out the excess. Put the pans on a baking sheet. 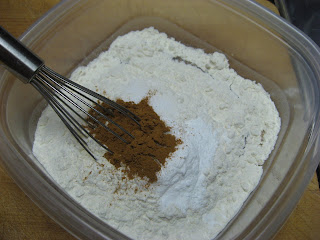 To make the cake:
In a small bowl, whisk together the flour, baking powder, baking soda, cinnamon and salt. In another bowl, stir together the carrots, chopped nuts, and raisins.
In a large bowl, beat the sugar and oil together with a whisk until smooth. Add the eggs and continue to beat until the batter is even smoother. Add the flour mixture and mix only until the dry ingredients disappear. Gently fold in the chunky ingredients. Divide the batter among the baking pans.
Bake for about 30 minutes, until a toothpick inserted into the centers comes out clean. The cakes will have just started to come away from the sides of the pans. Transfer the cakes to cooling racks and cool for about 5 minutes, then run a knife around the sides of the cakes and unmold them. Invert and cool to room temperature right side up.
The cakes can be wrapped airtight and kept at room temperature overnight or frozen for up to 2 months.

Working with a stand mixer fitted with a paddle attachment, beat the butter on medium speed until very light and fluffy, about 3 minutes.  Scrape down the sides of the bowl.  With the mixer again on medium speed, add the cream cheese a piece at a time, beating well after each addition.  Once all the cream cheese is in, reduce the speed to low and gradually add the powdered sugar and vanilla, scraping the bowl as necessary.  Use the frosting to fill the layers, then frost as desired. 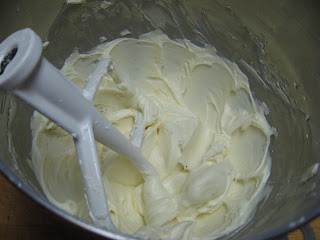 Storing:
The cake will keep at room temperature for 2 to 3 days. It can also be frozen. Freeze it uncovered, then when it's firm, wrap airtight and freeze for up to 2 months. Defrost, still wrapped, overnight in the refrigerator. 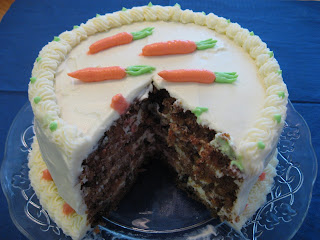