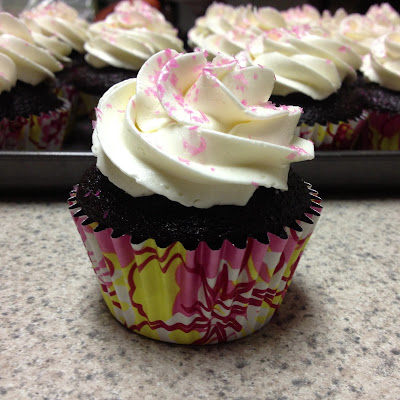 Do any of the rest of you get up early to bake?  I've always been more of a morning person than a night owl.  Plus, there's something so nice about being up before the sun, when the day is still so quiet and undisturbed.  I get so much more done then than if I stay up late to finish something.

Today, it was getting up to make a batch of Swiss meringue buttercream.  (Dorie's recipe from BFMHTY.)  I've made it so many times now, I could practically do it in my sleep. =)  It helps that I had leftover egg whites in my fridge.  I made the cupcakes last night--the Ultimate Chocolate Cupcakes from Cook's Illustrated, minus the ganache filling--and this way they had plenty of time to cool completely.  B surprised me by saying that if she had to pick just one frosting flavor, it would be vanilla.  (She originally wanted me to do a chocolate/vanilla swirl.)  She picked the wrappers, and we decided pink edible glitter would coordinate nicely. 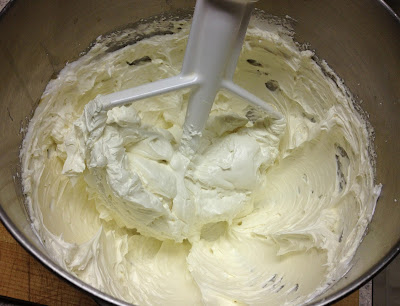