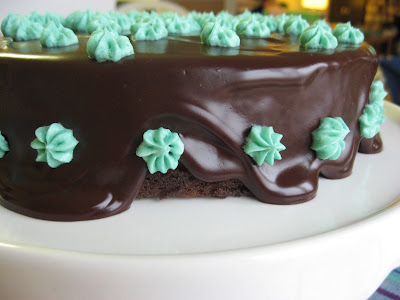 I didn't mean to take a couple weeks between posts, especially since I seemed to be doing so much better with blogging more consistently. =)  I've been struggling with figuring out how to wrap up 2012, as well as with figuring out what to bake and cook lately.  I had some ideas on what to write, but couldn't come up with food pictures to put with it.  It finally occurred to me to just borrow the ones I used at the beginning of the year.  The picture above is one of my favorites from the year, though there have been many that I liked.

My one little word for last year was focus.  I've been reading what I wrote at this time last year, something I didn't really revisit during the year.  And I'm pleasantly surprised at how much progress I've made toward what I wanted to accomplish.  It took most of the year, but I'm finally doing a better job with saying no to things I don't want to do or that aren't important to me.  I'm letting other people do some things, and focusing more on the things that only I can do.  I took a chance and moved to a different location at work, which allows me to work with people who appreciate and support me.  I've also been exploring some personal dreams to see where they may lead.  You don't know if you don't try!

One of the things that I did last year to help bring things into focus was to do some things just for me.  That included participating in some online courses that I really enjoyed and would highly recommend.  I have to thank my friend Anandi for sharing her experiences with Mondo Beyondo, which were intriguing.  Unfortunately, by the time I actually looked into taking the course, there wasn't another one scheduled until September.  But there was something called Dream Lab that started in late June, so I started with that.  With themes of play, rest, and kindness to yourself, it turned out to be a good way to start focusing on myself more.  I don't feel like I did as much with it as I would have liked, so will probably sign up for the course again the next time it's available.

Then in the fall I did get a change to experience Mondo Beyondo.  I read something today that said that "Inspiration is an essential part of the creative process."  That's kind of what Mondo was for me.  It helped me figure out what sort of things I want to do.  Not things that other people want me to do, or that I think I should do.  But things that I want for myself.  It got me started on figuring out how to make my dreams happen.  Heck, it got me started on simply believing that the dreams were okay to have.  But then along came another piece of the puzzle that really got the ball rolling.

While I was taking the Mondo Beyondo course, I found out that Andrea was about to start a brand-new course, called Cultivating Courage.  Unlike the other courses that were 6 or 8 weeks long, this one was just 30 days.  But it was every day, weekends included.  And the premise was simple.  Do one brave thing every single day for 30 days.  Some might seem small, others huge.  But the idea was to build a habit of pushing your boundaries, just a little bit at a time.   It was exactly what I needed in conjunction with Mondo Beyondo, the action to go with the inspiration.  It's amazing how powerful you feel when you do something that you were afraid to and survive, even especially when it's kind of uncomfortable.

There will be more to come, since I'm starting on another round of Cultivating Courage today.  Some of my Mondo Beyondo dreams are coming true, and I want to write more about that as well.  And I also have a new word for 2013 that I'll share very soon.  In the meantime, I'm not going to forget about last year's word, since I'm sure I'll still need some focus for this year. 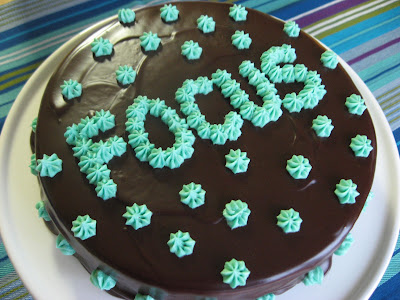