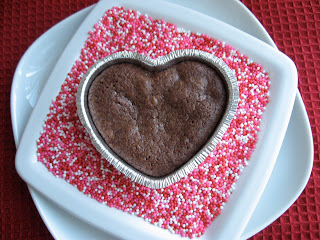 Happy Valentine's Day!  I wasn't actually sure we were going to survive the weekend leading up to it.  This isn't really a big holiday for me and my husband.  I like to get a card, at least.  But my birthday is in a week, and I'd much rather have J make a big deal about that. =)  For the kids, however, Valentine's Day is a much bigger event.  This is the first year that Gillian has really been old enough to address the cards herself.  It was an all-day ordeal.  Finally, she was done writing the names, and just had to fold them and put stickers on them.  She commented that she didn't have enough stickers for all of them.  I looked over and discovered that she was only about halfway through, and she'd put anywhere from two to five stickers on the ones she'd completed.  I had to walk away--at that particular moment, I'd had too much of the whole process to find it funny.  But J convinced me otherwise.  After all, she is only four. =) 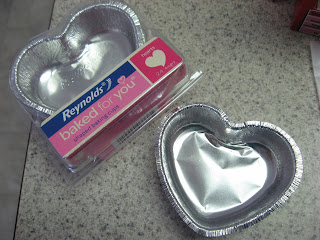 I thought I was going to end up baking something for Brianna's class party.  But I didn't get the email asking for contributions until after work one day last week, and everyone else had already volunteered.  A couple weeks ago, though, I found some really cool foil heart cups at Target (above), and I really wanted to use them for something.  I decided some teacher gifts were in order, for B's classroom and afterschool teachers, as well as the teachers at the daycare.  The question was what to make.  The insert with the cups suggests that they're good for cupcakes, jello or brownies.  I decided that brownies would be the way to go, since they're my favorite, and are also the thing most likely to survive transport by my kids. 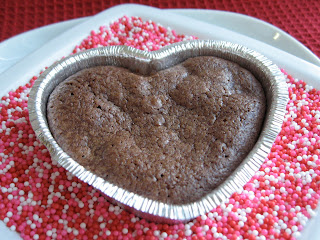 I generally go for fudgy brownies, like the ones I made last week.  But a few weeks ago, I tried a Cook's Illustrated recipe that I'd been meaning to make for a while, their Chewy Brownies.  Unfortunately, for that batch, I didn't bake the brownies long enough, and they were a bit too soft in the middle.  They were decent when chilled, but I'd been meaning to try again to see if I could get the proper chewy texture.
I love the fact that the recipe can be made in a single bowl, with a whisk and a spatula.  You start by whisking boiling water into cocoa powder and espresso powder.  The recipe calls for Dutch-processed cocoa, but I prefer the natural (non-alkalized) kind.  Since there isn't any leavening that would be affected, I went with the natural kind (just regular old Hershey's in this case).  Next, unsweetened chocolate is whisked in until melted.  Melted butter and oil are next--the oil helps with the chewy texture.    Also contributing to that are the 2 egg yolks that are added along with 2 eggs.  Vanilla and salt are added for flavor.  Finally, sugar and flour are mixed in.  To add additional chocolate flavor without affecting the texture, chopped chocolate is stirred into the batter at the end.  I used Ghirardelli 60% chocolate chips.
I scooped the batter into 18 of the heart cups that I'd sprayed with cooking spray, filling them halfway.  I had a bit of batter left, so I put that into a 6" round cake pan that was lined with non-stick foil.  The cups were placed on a large baking sheet, and I ended up baking them for 23 minutes.  The round pan wasn't filled as deep, and only took 20 minutes.  I made sure to cool the brownies completely.  I cut the 6" round into quarters so we could all sample it for dessert (with some whipped cream and cocoa syrup). 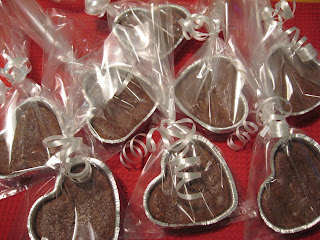 The verdict?  I was very happy to achieve the proper chewy texture this time.  I really liked the flavor and texture of the brownie we ate.  The espresso taste seemed a bit strong to me.  I'm wondering if that's because I substituted the natural cocoa powder.  I may cut the espresso powder back to just a teaspoon next time.  There will definitely be an next time.  =)  I really hope the teachers enjoy these, too.
If you'd like to make these brownies for yourself, you can find the recipe here, on the Cook's Illustrated site.  (You have to be a subscriber, which I find to be totally worth the cost.)  It was originally published in the March 2010 issue.  I also found it online at Brown Eyed Baker. 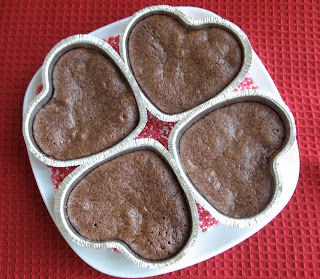