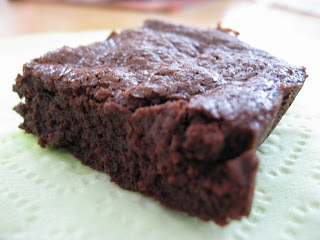 People have been asking me if I was going to have a hard time seeing Brianna go off to school for her first day of kindergarten.  While it is a rite of passage, the day I first took her to day care (at 8 weeks old) was much, much harder.  Honestly, for me, the hardest part of all of this is trying to figure out how to coordinate drop-off and pick-up with my children in two different places, especially now that one of them has to be there by a certain time.  For today, Jamie took Gillian to day care so I could take Brianna to school without any distractions.  (And being of sound mind, I made sure I had the day off from work today.)  Tomorrow will be the real test...
Another thing that didn't really occur to me until last week is that now I have to figure out what to feed Brianna for lunch.  At day care, that was included.  Sure, she can buy lunch at school (and probably will occasionally), but I figure that I can come up with something that she's more likely to eat for less money.  Brianna's main concern?  "Can you put some dessert in there?" That led to the discussion about how not all of her friends would have dessert and they might be sad if she had some and they didn't.  Of course, I'm a big fan of dessert myself, so I thought it would be nice to make something for after school today.  It was easy to figure out what--Brianna's favorite (and mine) is brownies.
Then the question became "which ones?"  I have a lot of fantastic brownie recipes.  Since I wanted something easy, I pulled out my copy of The Essence of Chocolate and went straight for Robert Steinberg's Fudgy Brownies.  All this recipe takes is a bowl and a wooden spoon.  Six simple ingredients--butter, chocolate, sugar, salt, eggs and flour--and a bunch of stirring. Ironically, I didn't have any 70% Scharffen Berger chocolate in the house.  So I substituted El Rey 70% (Gran Saman), which I buy in bulk (along with several other percentages).  And I left out the walnuts, since Brianna doesn't like anything in her brownies.  Want to try them for yourself?  You can find the recipe here or here.
Update:  They were definitely a hit--Brianna liked them very much.  Her first day went well, though I can definitely tell that they don't have nap time...  Early bedtime for everyone, I think. =) 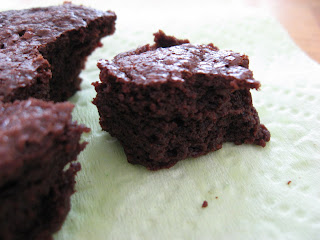